Skips365 offers Skip Bin rentals in Sydney and throughout New South Wales. When you need a skip bin for refuse removal at a function, it’s important to rent a skip bin from a reputable source for a few reasons. The most important being to ensure that the skip bins you receive for your event are well maintained and frequently cleaned to prevent odd smells and bacteria from old trash ruining your gathering. The second major consideration to make when renting a skip bin is to ensure that waste is disposed of with consideration of the environmental impact our trash has and in full accordance with Australian law.

One of the biggest risks when hosting an event near an ocean or any large body of water is marine pollution. Marine plastic pollution has a global effect with nearly a third of all marine pollution stemming from packaged beverages. Plastics from soda cans and bottles often end up in birds’ stomachs when they mistake it for prey resulting in the animals starving despite having a full stomach of plastics they can’t digest.

It is assumed that nearly 80% of all plastics in the ocean comes directly from land when they’re left on beaches or by bodies of water. Plastic pollution spreads from the most developed nations in the world to the most uninhabited and remote islands. According to environmental scientists whose research focuses on the impact of plastics about 85% of Australian marine birds are detrimentally affected by plastics.

The most efficient way to prevent pollution is to recycle

In Sydney almost 90% of the marine debris that is found on the beaches is plastic; mostly bottles, caps, and straws. Following a Senate meeting earlier this year; the Australian government has vowed to take drastic measures to prevent the continued spread of pollution and its impact on marine life. The Senate meeting was initiated by a Senate inquiry into the 34.9 billion pieces of visible plastic in Australian waters. Senator Peter Wilson last year described Australia’s oceans as a “plastic soup.”

Environmental activist groups across Australia believe that more than 50% of marine plastic pollution input could be dramatically reduced within a three to five-year window if everyone takes practical steps to intervene on the production and the disposal of waste in particular. Luckily we at Skips365 offer a variety of Skip bins for all situations. We also provide Skip bins in North Shore in addition to Sydney and Northern Beaches.

Regardless of if you’re renovating a single room or your entire home we have a variety of skip bins to suit the needs for any residential purpose. We also offer skip bins for all types of commercial jobs including small and large construction sites and public events. In addition to our variety of skip bin options, we offer specialised disposal of all waste depending on whether it’s general waste, mixed building waste, or natural waste such as soil or compostable waste. We also offer all these services across New South Wales including Sydney, Northern Beaches, and North Shore. 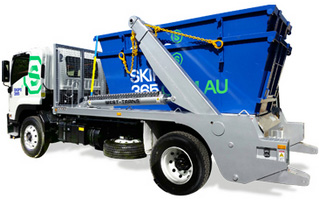